Question: Didn’t Democratic superdelegates, the media, and the DNC cheat Bernie out of the Democratic nomination?

The current superdelegate rules have been in place since 1982. Over that time, superdelegates haven’t mattered much to anyÂ Democratic race:

In fact, even without superdelegates, Hillary beat Bernie by over 3 1/2 million votes: 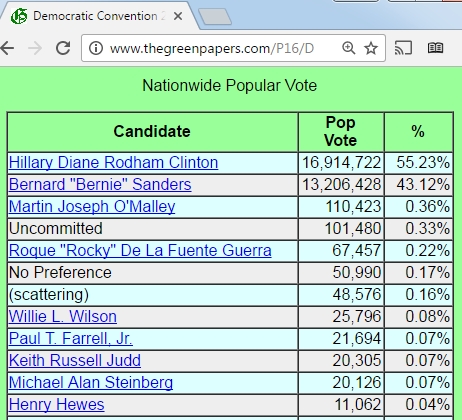 Bernie’s not an idiot, so he had to have known when he officially announced his candidacy on March 27th, 2015, that Hillary already had an unprecedented superdelegate endorsement advantage, compared not just to him but to any candidate since the current system began: 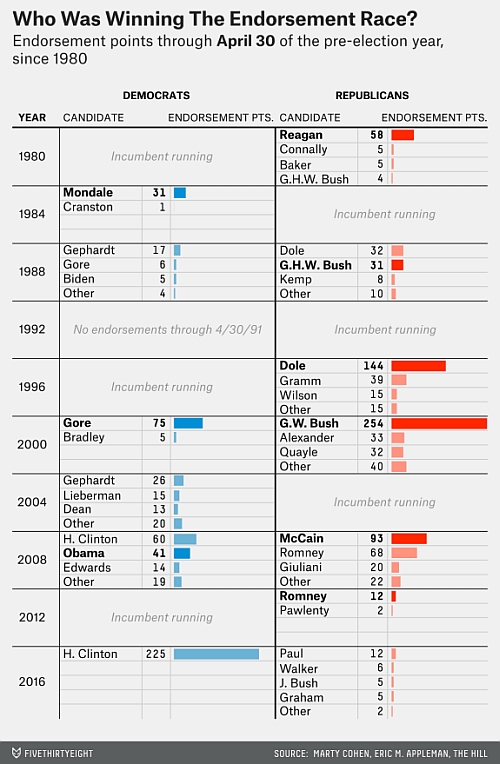 As for the media cheating Bernie out of the nomination, the best evidence is mixed. According to a study by Harvard’s Shorenstein Center, the media didn’t initially give Bernie adequate attention to up his name recognition in the crucial early stages of the campaign. However, when he did begin to get media coverage, that coverage was the most positive of any candidate, Republican or Democrat, while the coverage of Hillary was the most negative of any candidate: 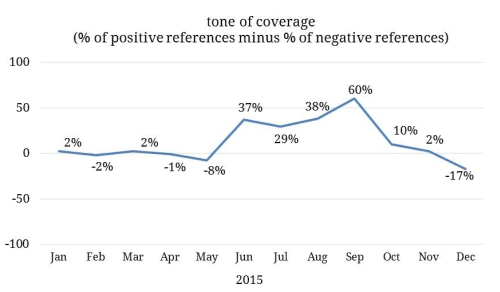 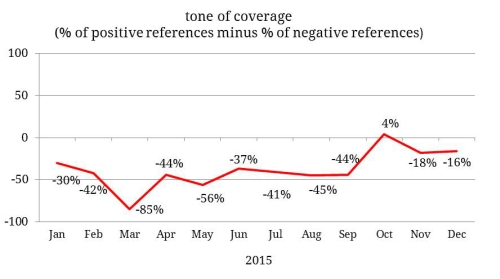 Another study, by Jonathan Stray of NiemanLab, found that the media’s average coverage of a candidate tracked very closely with that candidate’s position in the polls: 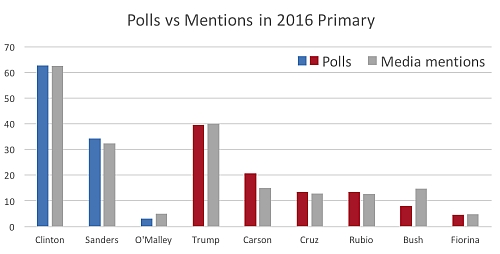 Much has been made in alternative liberal media circles of a supposed DNC conspiracy to sabotage Bernie. The evidence is fairly thin, though. One example is this email from DNC rep Eric Walker: “If she outperforms this [Rhode Island] polling, the Bernie camp will go nuts and allege misconduct. Theyâ€™ll probably complain regardless, actually.” It’s apparently outrageous to make such a predictionÂ even thoughÂ Bernie supporters and his campaign reps complained frequently and loudly about many aspects of the primary. One supporter, Tim Robbins,Â is mentioned in the same email exchange after posting the following tweet: Robbins has since deleted this Tweet, but not before Joshua Holland of Raw Story got a snapshot and investigated the numbers. He summed up his findings like this:

So there you have it. They say a lie can travel halfway around the world before the truth can get its boots on, and thatâ€™s especially true of the internet. Here we have an example of an actor citing a comedian who picked up a claim from an anonymous Reddit user citing preliminary exit poll data put together by a JFK conspiracy theorist. Bringing it all full circle is The Hill, which ran a story titled, â€œActor Tim Robbins blames Sanders losses on â€˜voter fraud,â€™â€ which will no doubt be shared thousands of times on Facebook and Twitter.

It took hours of copying, pasting, and calculating for me to put together this compilationÂ of all of the primary exit/entrance poll results (all data from here, which, ultimately, means from here). Once I had this info, though, I could update that Tim Robbins meme: 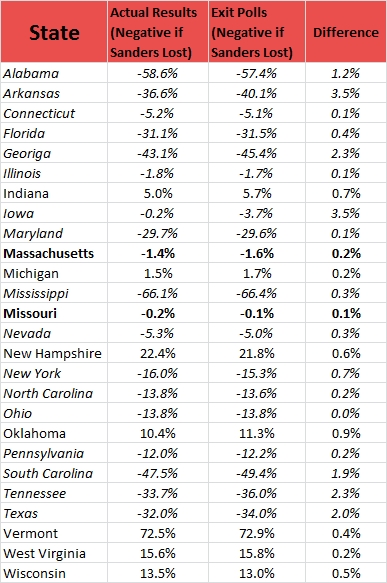 Still convinced of malfeasance? At the very least, you should be questioning the strength of these claims.

A friend asked me to clarify why poll results get adjusted, so I’m adding some extra info about exit polls.

Long version: To start with, let’s say you want to try to get a good, representative sample of feelings from Massachusetts Democratic primary voters. Â From the 2008 MA Democratic primary, you have the following age breakdown:

You must now confront people and ask them to fill out a survey for you. You try to get roughly equal numbers of all of these groups of people. In the 2008 Dem primary, about 1.26 million people voted. According to the central limit theorem, the number of randomly-sampled responses you need for a representative sample is about 30. But, it’s impossible to get a random sample in this situation. So, you try to get a good variety of about 30 people from each of those age groups. But, you’re eye-balling it and only about 45% of people will fill out your survey. So, really, you just do your best.

You pool your collected data with the data of 50 other pollsters with each pollster trying to get 30 responses from each age group for a total of 6,000 results (30 responses * 4 age groups * 50 pollsters). The demographics you end up with resemble this:

Now, these are the unadjusted results. Let’s see how these results work out with age results we got from Iowa:

Now, let’s apply these figures to our unadjusted responses: 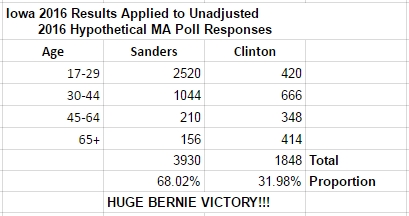 OK. Now, let’s adjust these results to conform better to 2008 Massachusetts Democratic primary demographics. This is called “weighting” and, to do this, we divide the known variable into the sampled variable:

Now, we end up with the following: 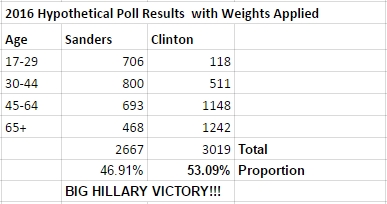