So I found the Game of Thrones conclusion pretty satisfying. I especially liked the brief discussion that comes up at one point about the best form of government. It was a good reminder, I thought, of how absolutely idiotic monarchy is. If there’s a DNA to this country, then opposing monarchy must be in that DNA. I think, for instance, of Paine writing of the origins of a given monarch. In Common Sense, he wrote, “could we take off the dark covering of antiquity and trace [kings] to their first rise, we should find the first of them nothing better than the principal ruffian of some restless gang, … who by increasing in power and extending his depredations, overawed the quiet and defenseless to purchase their safety by frequent contributions.”

When the “chief among plunderers” died or was dying, the question of succession would naturally come up. Everybody would kind of scramble, and somebody would pipe up: “Well, we’ve already convinced people that there’s something called ‘royal blood’; they’ll clearly believe pretty much anything. So, let’s just say that one of the king’s kids has the right blood.” Brilliant. Seems like a great way to empower a real-life Joffrey, a Caligula.

I took this class within the past couple of years where we talked about utopias. Pretty interesting. I came away thinking that we should let experts in certain fields oversee those areas in which they’re experts. Sounds crazy, right? But we wouldn’t elect them. They’d just be chosen by lottery every 5–10 years. That would help limit partisan influence and special interests. Of course, that’s not a democracy or even a republic anymore. And I think these days especially, when people are still persuaded by claims of “elitism,” that this is a tough sell. How come, though? You want an “elite” to fly your plane, right? You want an “elite” to design your bridge, or building, or rocket, or car, don’t you? Maybe you want an “outsider” pilot or brain surgeon who never went to school who’s going to let some rolled bones or the position of a star cluster decide how a flight or operation will turn out. Sounds … less than ideal to me.

So, clearly we’re a ways off from the kind of technocracy I’d like to see. The next best thing does seem to me to be direct democracy. The “wisdom of crowds” seems generally pretty good. Consider that 89% of people in this country favor expanding solar energy.* This suggests to me that, if the U.S. weren’t an oligarchy ruled by fossil fuel companies (oiligarchy? coaligarchy?), we wouldn’t be a top contributor to the burning planet.

Abortion: 69% of people in the U.S. oppose overturning Roe v. Wade* while 79% think that abortion should be legal in some or all circumstances.* What about immigrants? Don’t they steal our jobs and murder/rape everyone? Well, 62% of people in the U.S. (correctly) think that immigrants (of which we are all descended) make the country stronger.* How about gay marriage? Isn’t it a sin in the Bible? Well, no. Like dinosaurs, airplanes, DNA, the Internet, canned food, rock and roll, and zippers, gay marriage isn’t mentioned in the Bible. Maybe people in the U.S. recognize this or just don’t care, as 67% of us think that marriages between gay people are valid.* Well done again, majority.

Yes, a majority (54%) in this country does favor the death penalty, but that support has been pretty steadily declining for years,* along with the country’s crime rate. Which kinda suggests that the death penalty may not be necessary as a crime deterrent. Why people think that it’s necessary may largely be based on misperception, though. Consider that more than two-thirds of people in the country routinely and erroneously report that crime rates have risen in recent years. 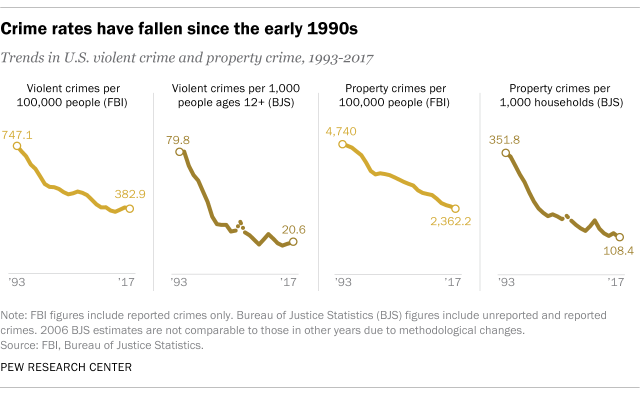 Doesn’t that show the weakness of the majority, though? Doesn’t it show how we can let our mass misperceptions influence how we govern? Well, yeah. But, the solution is to look to those dastardly “elites” again rather than to anecdotes. I think that local news is incredibly valuable, but it doesn’t always do the best job of highlighting trends such as the country’s declining crime rate.

So, I’d suggest that, since we probably won’t be randomly assigning experts to run various facets of our government, we should at least elect representatives whose views agree with those of the experts. I’d argue that each major quality of life gain that we’ve seen as a species has started with such a group of experts, of “elites,” questioning the status quo or simply being curious enough to pursue unanswered questions. I think of contributions such as electricity, germ theory, agronomy, contraception, vaccines, sanitation, computer science, and evidence-based medicine.

(Incidentally, who gives sight to the blind today? That would be optometrists and ophthalmologists. Who allows people to walk or run who’ve lost one or both legs? That would be physiatrists and prosthetists. Who cures leprosy? Your local medical professional with an appropriate antibiotics regimen. Who lets the deaf hear? Otolaryngologists. Who will bring you back to life when you flatline? Probably an EMT with a defibrillator. Those were all considered miracles 2,000 years ago, even 200 years ago.*)

Expecting any one person — hereditary, elected, or appointed monarch — to know enough to effectively rule a whole country seems pretty unrealistic to me. So, why not look to our experts when we can?

One might almost say that our various “elites” have been wielding the tools of science like a dragon’s fiery breath to cut through the darkness of superstition and magical thinking that has plagued humans for most of our existence.

Or maybe more like a solar-powered, LED flashlight, because, although less cool than dragons, they do actually exist.