Some of the latest smug drivel from Glenn Greenwald:

Democrats have already begun flailing around trying to blame anyone and everyone they can find — everyone except themselves — for last night’s crushing defeat of their party. You know the drearily predictable list of their scapegoats: Russia, WikiLeaks, James Comey, Jill Stein, Bernie Bros, The Media, news outlets (including, perhaps especially, The Intercept) that sinned by reporting negatively on Hillary Clinton.

This is like saying, “The dam technicians have already started blaming the many cracks in the dam for the fact that the dam broke.” Yeah, all of those things did contribute! Of course they did. And, yeah, the Democratic leadership was also partly to blame. They were so cavalier as to put their early support behind the candidate with both the highest familiarity and the highest net favorability: 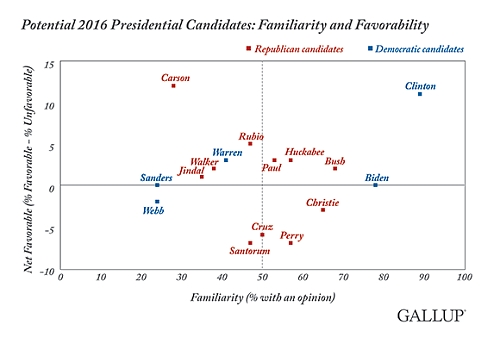 And, yeah, they already knew that this would cause her favorability to suffer, as Nate Silver wrote in 2012:

But if Mrs. Clinton runs for president in 2016, one thing is almost certain: she won’t be as popular as she is right now. Recent polls show that about 65 percent of Americans take a favorable view of Mrs. Clinton, while only about 30 percent have a negative one. Those are remarkably high numbers for a politician in an era when many public officials are distrusted or disliked.

And, keep in mind that, despite that suffering favorability, she still beat Bernie by nearly 3.7 million votes, mainly because she did so much better with non-white voters: 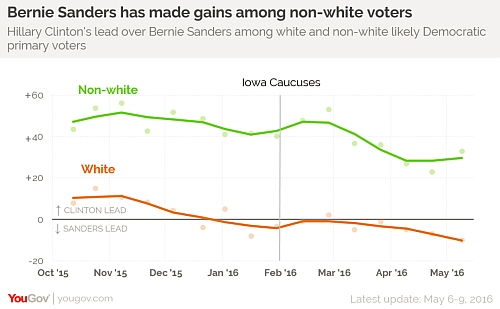 Now, onto tackling Greenwald’s list in the order given:

Russia was behind the cyberattack that led to the most recent major WikiLeaks DNC email bounty:

Maybe you wonder why WikiLeaks only publishes shit about Hillary and the Democrats. Well, wonder no more. Here’s none other than The Intercept to expand on that: 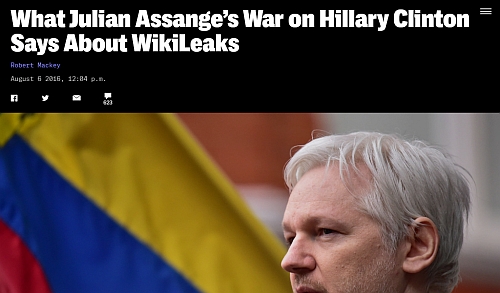 The fact that Comey’s investigation apparently damaged Hillary’s polls quite starkly contrasts with some important conclusions:

Comey: His conduct, to me, illustrates the categories of behavior that mark the prosecutions that are actually brought. Clearly intentional conduct, knew what he was doing was a violation of the law, huge amounts of information that even if you couldn’t prove he knew it, it raises the inference that he did it, an effort to obstruct justice. That combination of things makes it worthy of a prosecution. A misdemeanor prosecution, but a prosecution nonetheless.

Comey: When people tell you that others have been treated differently, demand from a trustworthy source the details of those cases because — I’m a very aggressive investigator, I was a very aggressive prosecutor — I have gone back through 40 years of cases, and I’m telling you under oath that to prosecute on these facts would be a double standard, because Jane and Joe Smith would not be prosecuted on these facts.

Stein was a vocal opponent of Hillary at a time when, as Bernie was well aware, she needed every bit of support possible:

I join millions of Americans who see Hillary Clinton’s campaign as the opposite of what they and Bernie Sanders have fought for. Despite her penchant for flip flopping rhetoric, Hillary Clinton has spent decades consistently serving the causes of Wall Street, war and the Walmart economy.

Maybe Greenwald is also reluctant to criticize a supporter: 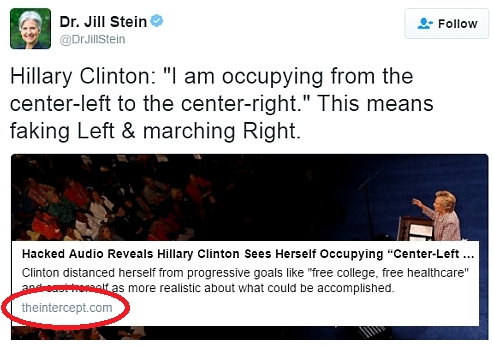 Of course, we should note (as Wasserman did) that we don’t know if Stein voters (or Johnson voters) would have voted at all if a third-party candidate weren’t available.

Under Hillary Clinton, we could slide into nuclear war very quickly from her declared policy in Syria. So I won’t sleep well at night if Donald Trump is elected, but I sure won’t sleep well at night if Hillary Clinton is elected. Fortunately, we have another choice other than these two candidates, who are both promoting lethal policies. But on the issue of war and nuclear weapons, and the potential for nuclear war, it is actually Hillary’s policies which are much scarier than Donald Trump….

It was among Bernie Bros that I first heard the slogan “Hillary for Prison”:

Snapshots Taken by Me February of this Year

What do you think? Did this help Hillary or hurt her?

From a study by Thomas E. Patterson of the Harvard Shorenstein Center:

Bernie Sanders’ campaign was largely ignored in the early months but, as it began to get coverage, it was overwhelmingly positive in tone. Sanders’ coverage in 2015 was the most favorable of any of the top candidates, Republican or Democratic. For her part, Hillary Clinton had by far the most negative coverage of any candidate.