Take a look at this screenshot of a page from pamelageller.com: 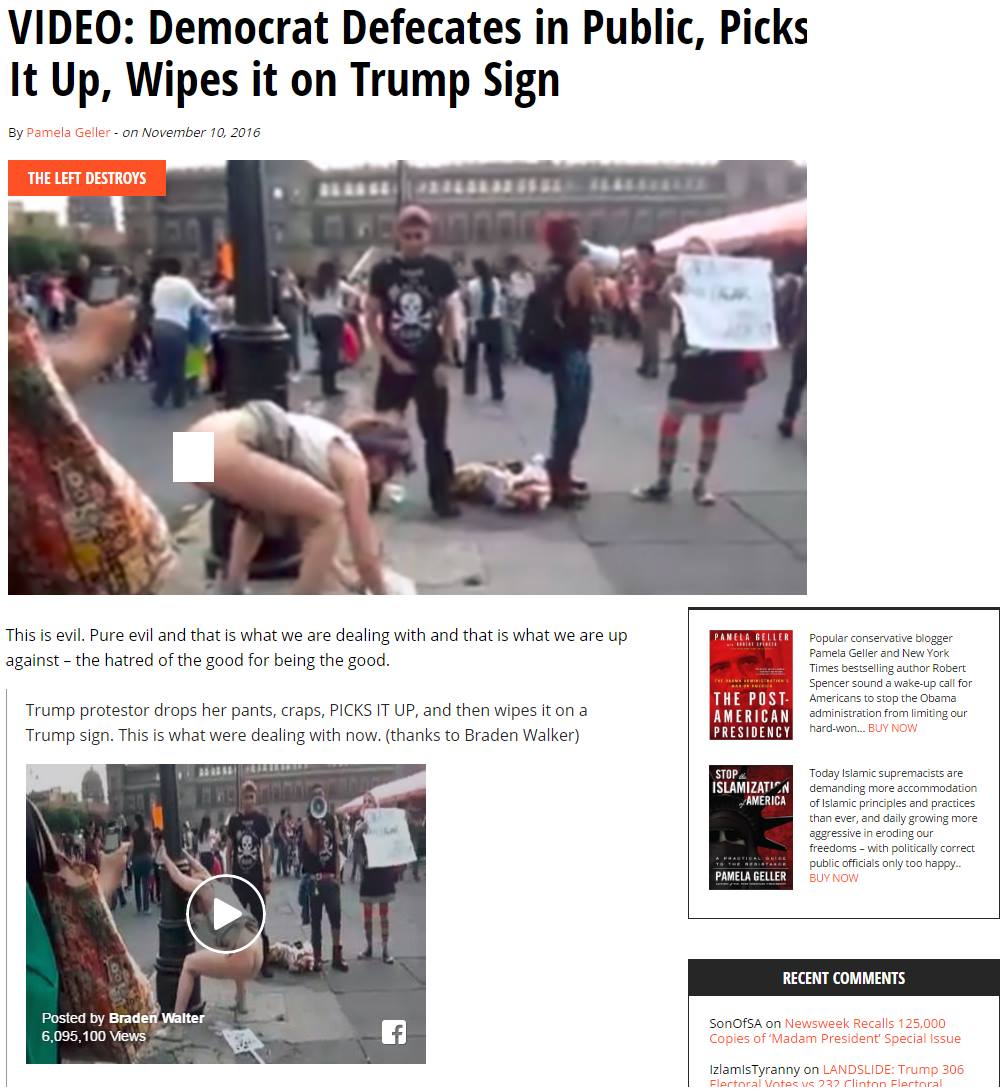 Take a closer look at the 6 million+ views on that video shared on Facebook: 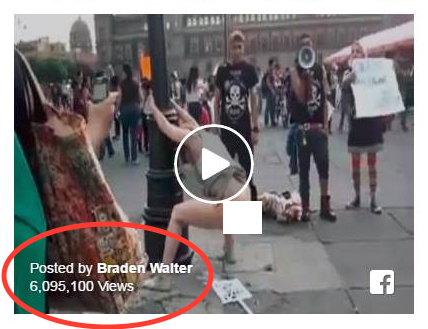 Now take a gander at this tweeted image: 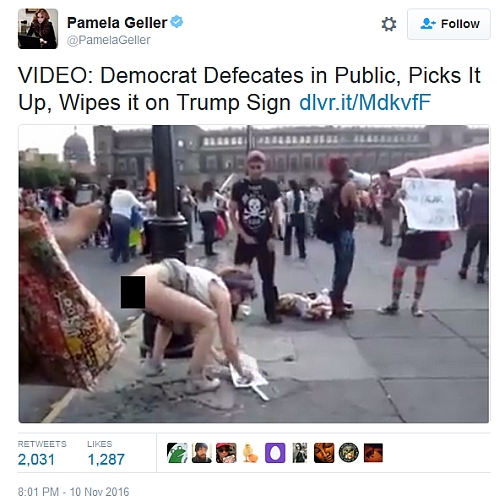 Now note that, at present, this has been viewed 6 million times. Isn’t it amazing how disgusting and depraved all liberals are? In fact, is that … is that Hillary Clinton defecating on that photo of Trump?! Who would put it past her? She is, after all, a disgusting, depraved monster. And, let’s be honest, obviously also the Antichrist.

Now take a look at this screenshot uploaded to YouTube July 10th, 2012: 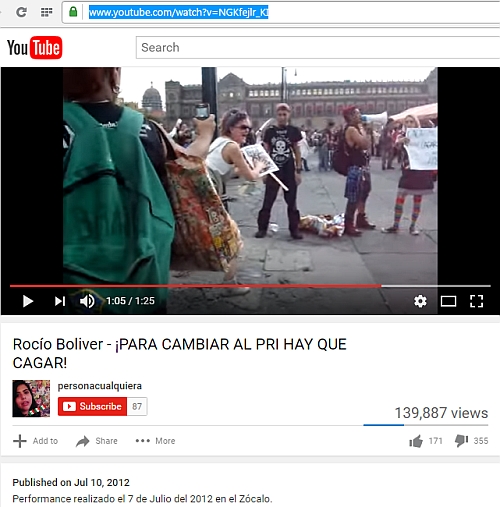 I know what you’re thinking: how did Hillary Clinton travel back in time to go number two all over that picture that … uh … now that I look at it, may or may not even be of a human being….

Well, it turns out that this is actually a Mexican performance artist named Rocío Boliver (aka, The Frozen Grape) and it was filmed in Zócalo, Ciudad de México on July 7th, 2012.** Hmm. What was Trump doing at that time? If you said, “grabbin’ someone by the pussy,” give yourself a pat on the back. And, what wasn’t he doing? Yep: he wasn’t winning a presidential election (via the electoral college alone).

Besides the fact that Geller’s Tweet is pure fantasy, there’s the fact that this could actually happen. Somewhere in New York or California, there probably are some people defecating on pictures of Trump right this very moment. Maybe somebody will even snap a video of it and share it. But, guess what? That will still not have become “what we’re dealing with.” You see, that will be a single, isolated example of this one thing that we maybe dealt with one time if we chose to watch that thing happen. And, what if it happens a second time? Well, that will be two isolated examples. “Surely,” you say, “two examples must be sufficient for me to now say that this is ‘what we’re dealing with,’ right?” No. No, it won’t.

So, what is the threshold for “what we’re dealing with”? I’d argue that once or twice a year might be sufficient. Not “once or twice every time the least impressive human specimen in the history of the world gets elected to public office.”

I’ve been tracking the YouTube spread of this viral lie as best I can. Over 200,000 views and counting.

“Falsehood flies, and the Truth comes limping after it.”
—Jonathan Swift