From 1985 through 1992, 118 people were treated at King/Drew for such injuries on those holidays and 38 of them died, Dr. Gary J. Ordog and his colleagues reported recently in the Journal of Trauma. A full 75% of the survivors suffered severe long-term disabilities, the doctors reported, including paraplegia, quadriplegia, seizures and chronic pain.
[…] The mortality rate from such random shootings, about 32%, is much higher than the 2% to 6% normally associated with gunshot wounds, Ordog said. That is probably because 77% of the victims were hit in the head, which is especially vulnerable to gunshot wounds, he added.* 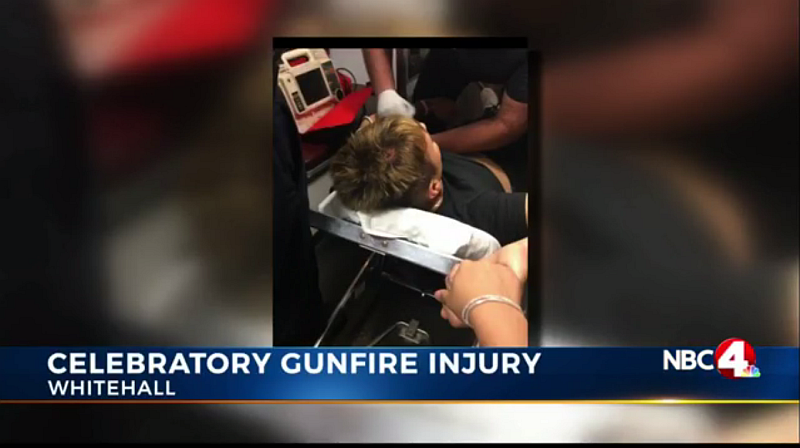 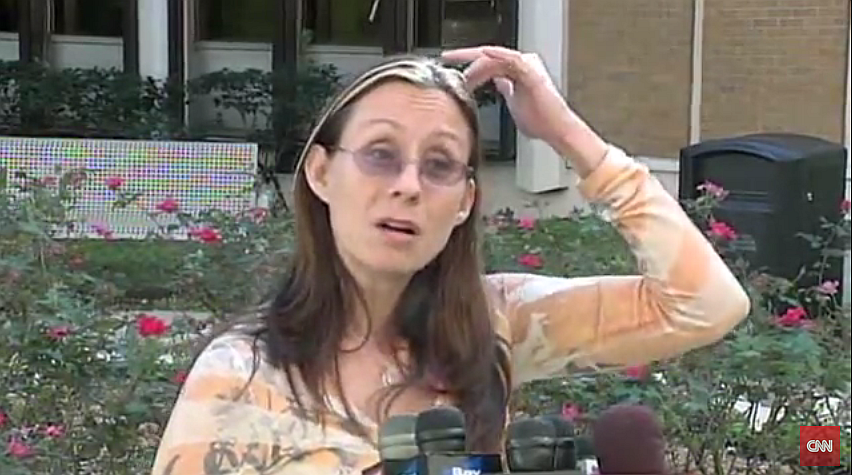 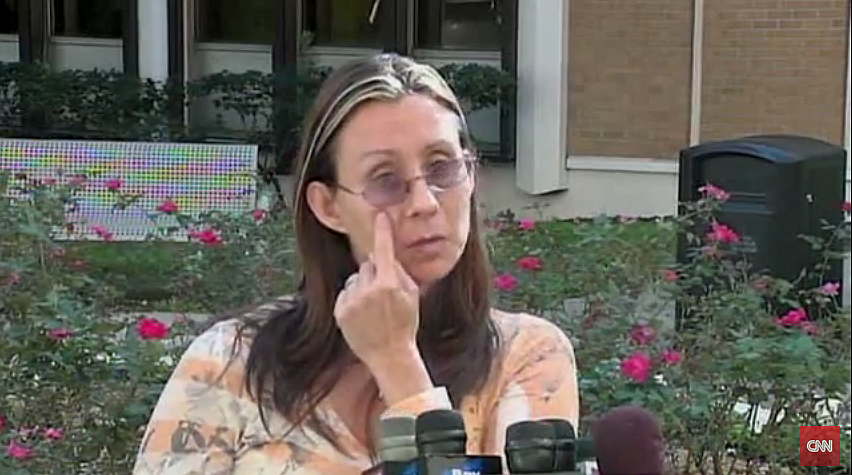 “ ‘It’s like I have to be cautious of my head. I have a shunt, it’s a tube that goes all the way down to my stomach and it drains fluids,’ he said as he traced the path through his body.”*

Amy Silberman (top of head)
12/31/1994 – New Orleans, LA
“[O]n New Year’s Eve 1994, Boston tourist Amy Silberman was killed by a falling bullet while watching fireworks on the Moonwalk along the Mississippi river. One moment she was listening to music and talking to friends in the massive holiday crowd, the next she was falling to the ground, a bullet lodged in the top of her head.”*

Richard Smeraldo (bill of cap)
7/4/2012 – Safety Harbor, FL
“The bullet traveled through the bill of Smeraldo’s cap, into the bridge of his nose, out his right nostril, through the upper portion of his bottom lip and exited though his lower chin.”*

Roof of House
1/1/2016 – Sacramento, CA
“ ‘We just heard the bullet go right through the ceiling,’ she said. In a panic, Jimenez jumped up only to find the bullet inches away from the couch where she and her three young children were sitting.’ “* 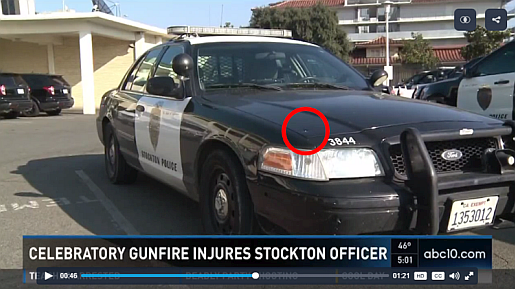 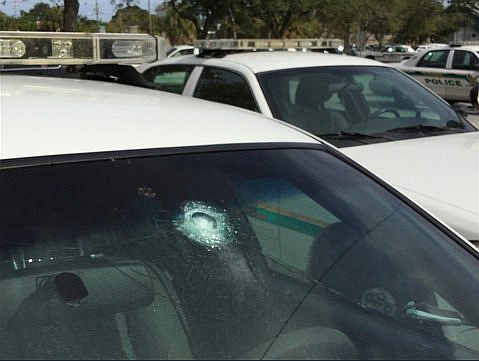 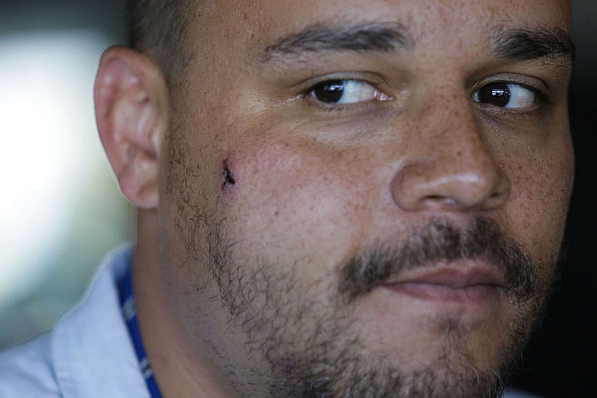 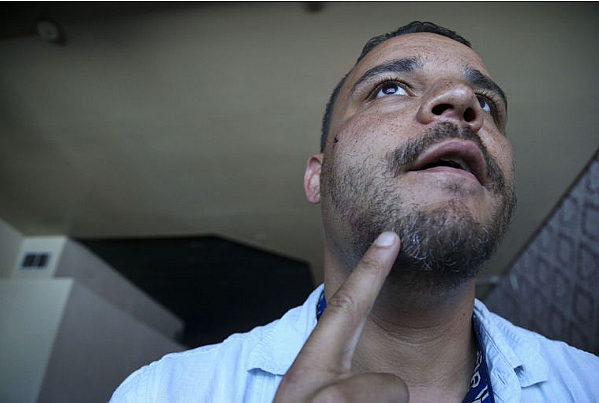 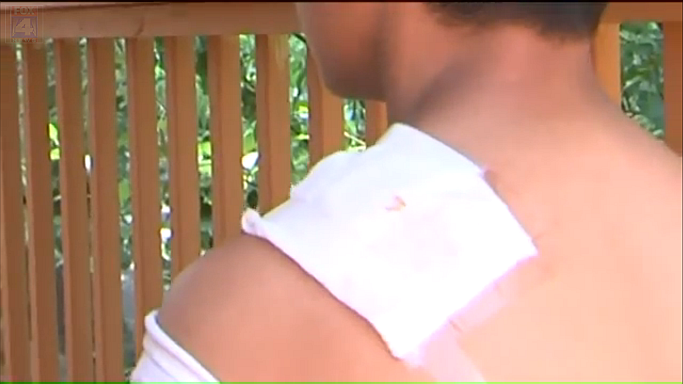 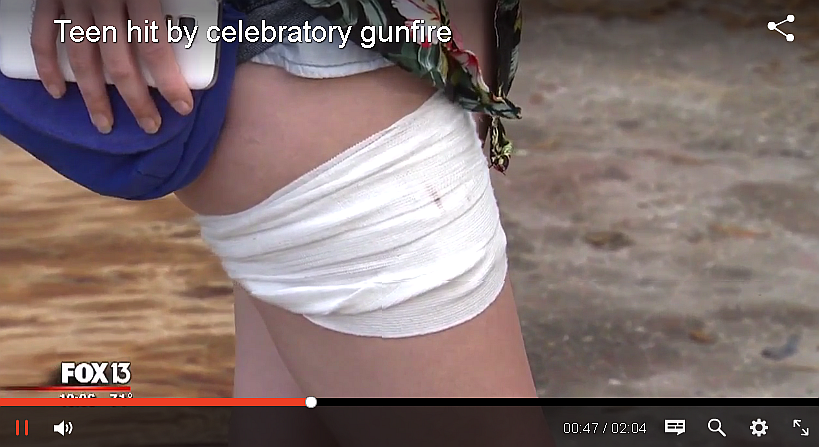 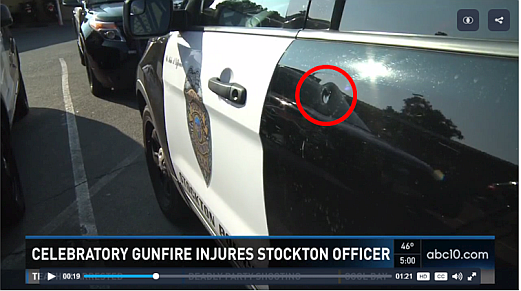 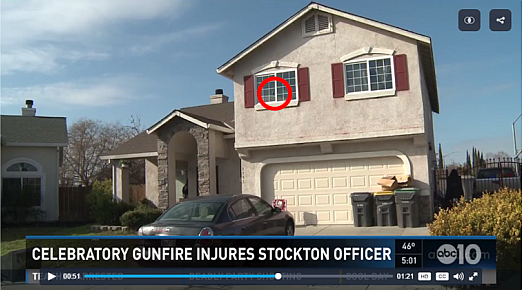 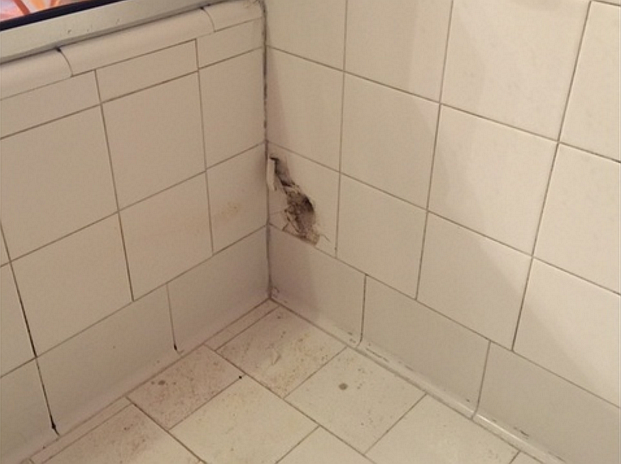 2 thoughts on “Celebratory Gunfire – Where Do the Bullets Land?”