Recently, I was trying to find non-xenophobic arguments against the US taking in Syrian immigrants. I found a potential case in National Review (assuming the numbers truly are reliable). Two writers from the Center for Immigration Studies (CIS) argue that it costs an estimated $12,874 per year (for the first 5 years) to resettle Middle-Eastern Refugees in the US while it may cost around $1,057 per year to move them to relative — if temporary — safety in neighboring Turkey, Jordan, and Lebanon. Again, if this is true, we could assist roughly twelve times the humans by helping resettle Syrians into neighboring countries with the same resource investment.

But, should we be concerned about this study’s impartiality? Maybe. The same authors published a study last year for CIS warning that immigration in general is a problem, partly because Muslims (who, incidentally, make up less than 1% of the US population) pose a significant security threat. These immigrants will, undoubtedly, “board an airliner and blow it up” according to one co-author*.

The person who said that, Steven Camarota, has remarked on another even more serious immigrant threat very concisely in the past: “[E]ach 10 percent increase in the immigrant share of the county’s population reduced the Republican vote by about six percentage points [over the last 30 years]”*.

Of course, we can’t discount this study/argument simply because the writers may be generally biased against immigration. Hopefully, PolitiFact will have a look at their figures.

Agree or not, there are still solid ways to try to help out the thousands of Syrian civilians in need. Both Charity Navigator and Charity Watch highly rate American Refugee Committee International as an effective charity. GiveWell recommends Doctors Without Borders.

We know that eating animals causes suffering in at least one direct way and one indirect way.

Factory farming is a direct way in which animals suffer. Conditions in many large-scale meat production operations cause animals to suffer cramped quarters, little or no outdoor grazing ability, and inhumane slaughter. END_OF_DOCUMENT_TOKEN_TO_BE_REPLACED

Report: Number of Animals Killed In US Increases in 2010: “~10 billion land animals were raised and killed for food in the United States in 2010.”
—Farm Animal Rights Movement
Do Chickens Suffer in Wire Cages?: “Dawkins explains that if hens kept all their lives on wire floors are suddenly given access to a floor of wood-shavings or peat, they have ‘an immediate and strong preference for these more natural floors over the wire ones, which is all they have known until then.’ “
—United Poultry Concerns
The Human Cost of Animal Suffering: “The sheer volume, scale and rate of killing, the way the animals form a continuous stream rather than individual creatures, makes it clear the animals are seen as raw material.”
—Timothy Pachirat 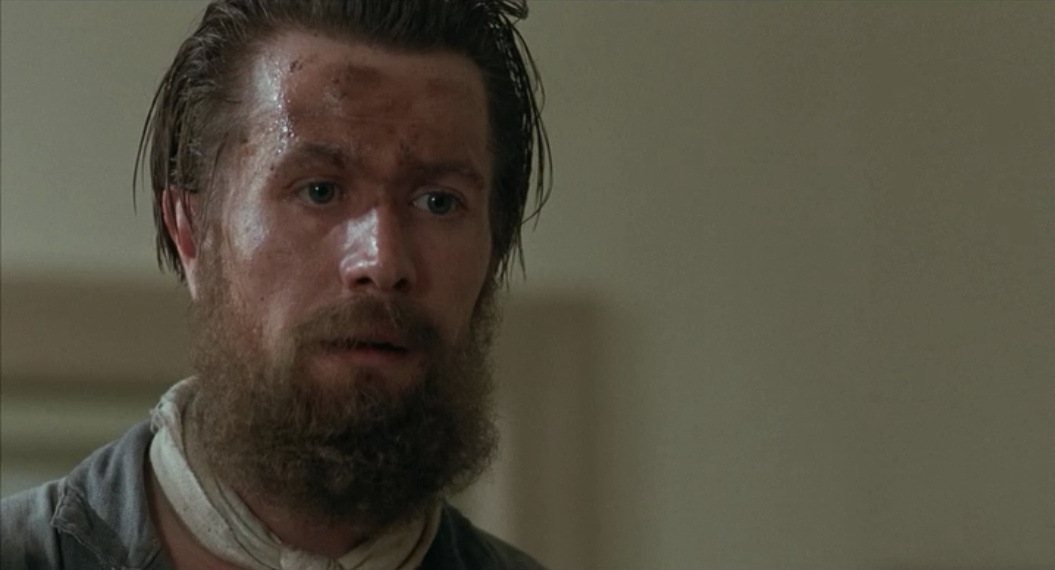 “His only regret is that the movie does not depict choke downs – the hospital’s most frequent form of punishment at the time.”

Below is a poem/military chant that is a composite of one that appears in an issue of a comic book called Slow Death (#4, 1972) and one I found at the Digital Tradition Folk Music Database.

The poem/chant is preceded in Slow Death by the following:

Thanks very much for all the letters, no room for a do loop letter page or a Slow Death Quiz this time. The cartoon was sent to us by Eric Kimball. The poem was the work of a group of AF and Army GIs assigned to the First Air Cav who sat down one night in a hootch in Nam and wrote a poem. It expressed their bitterness about the things they had done and toward the military that had made them murderers. The poem was first published in the June 71 issue of helping hand; POB 729, Mountain Home, Idaho 83647. Each verse depicts an actual event that at least one of the men participated in. END_OF_DOCUMENT_TOKEN_TO_BE_REPLACED

Intro to the Intro:

END_OF_DOCUMENT_TOKEN_TO_BE_REPLACED

Where are they made?

I like corduroy specifically (for comfort and sanitary reasons), but I’d like to know where all of your clothes are made.  Are they made in America?  If not, where?  How well compensated are workers who make American Eagle Outfitter clothing?