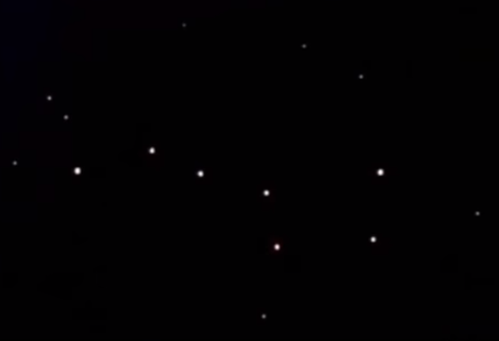 On a given night 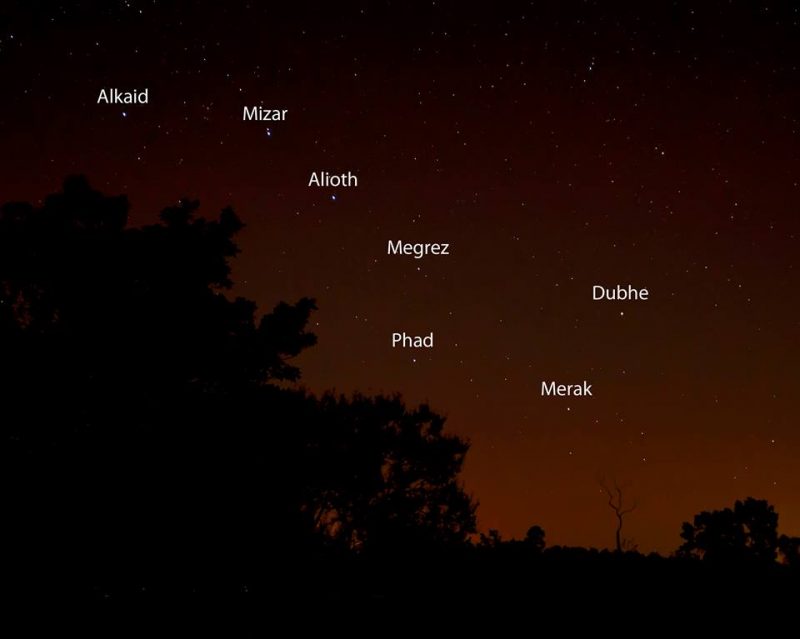 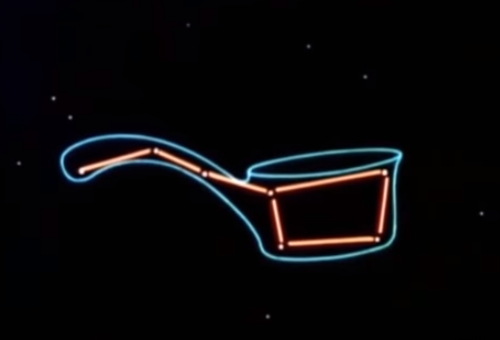 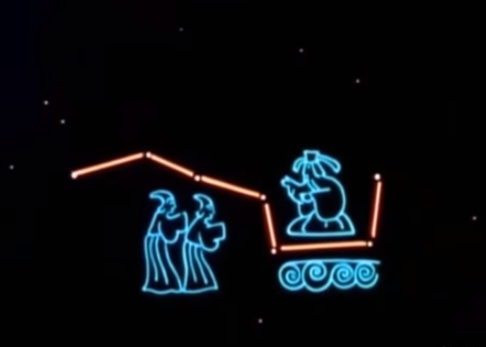 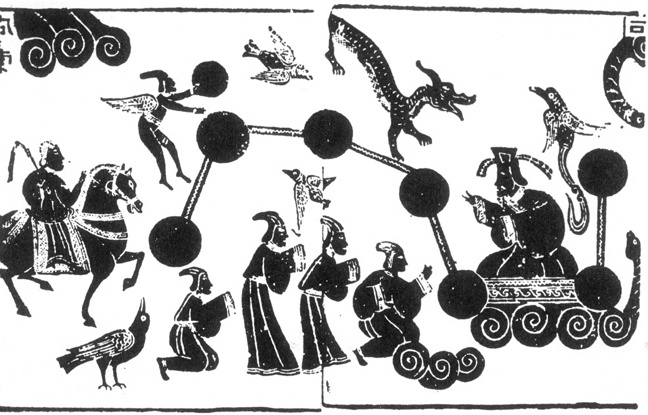 Shang-di, aka, the Jade Emperor
Stone carving from the Wuliang Shrine, ca. 150 CE 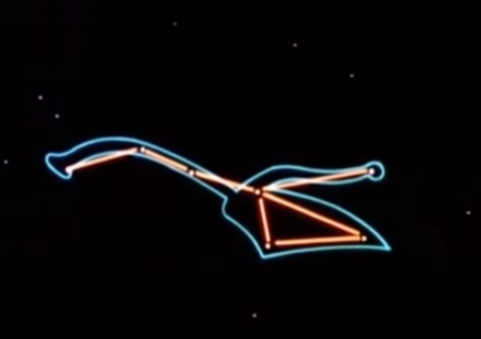 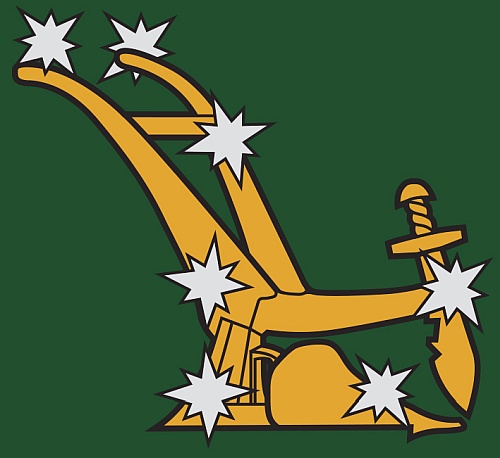 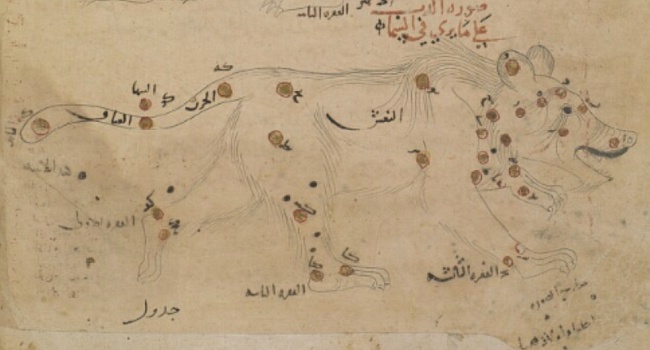 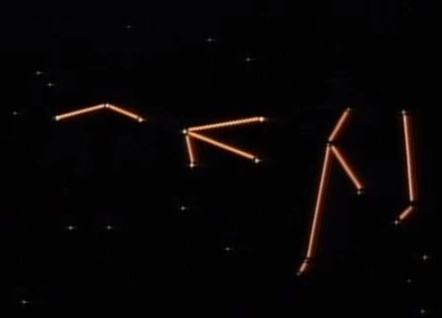 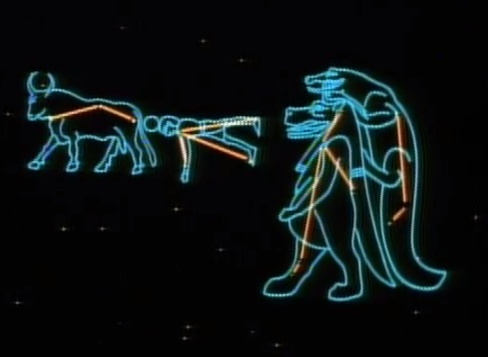 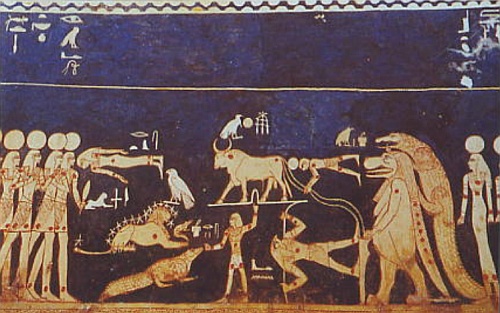 Egypt, from the tomb of Seti I at the Valley of the Kings, ca. 1280 BCE
Photograph by M. Sanz de Lara 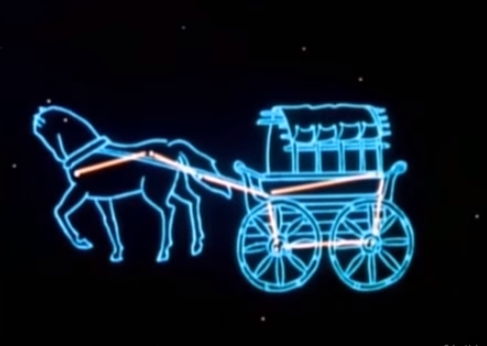 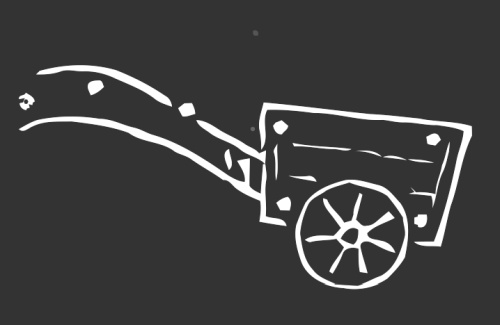 From Gaylord Johnson’s The Star People, 1921 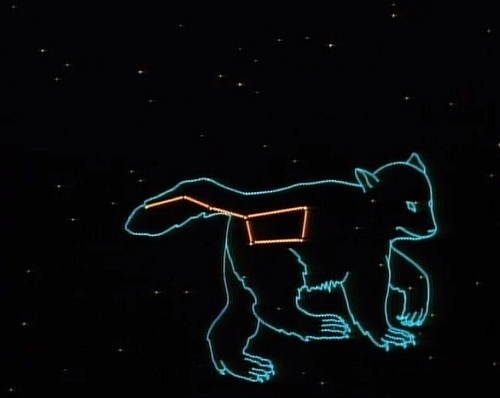 As part of Ursa Major, described by Ptolemy ca. 150 CE 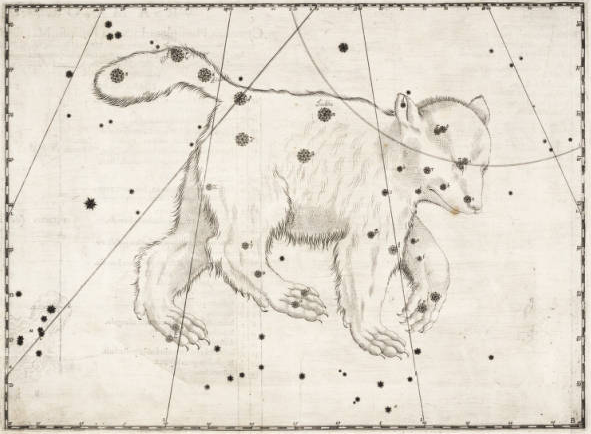 Just remember that you’re standing on a planet that’s evolving
Revolving at 900 miles an hour It’s orbiting at 19 miles a second,* so it’s reckoned A sun that is the source of most our power

The sun and you and me and all the stars that we can see
Are moving at a million miles a day*
In an outer spiral arm, at 40,000 miles an hour
Of a galaxy we call the Milky Way

We’re 30,000 light years from galactic central point We go ’round every two hundred million years And our galaxy is only one of millions of billions
In this amazing and expanding universe

The universe itself keeps on expanding and expanding
In all of the directions it can whiz
As fast as it can go, at the speed of light, you know
11 million miles a minute, and that’s the fastest speed there is

So remember, when you’re feeling very small and insecure
How amazingly unlikely is your birth
And pray that there’s intelligent life somewhere up in space
‘Cause there’s bugger all down here on Earth

“Earth is also moving around the Sun at about 67,000 miles per hour.”http://imagine.gsfc.nasa.gov/docs/ask_astro/answers/970401c.html

“The energy we capture for use on Earth comes largely from the Sun or from nuclear forces local to our own planet. Sunlight is by far the predominant source, and it contains a surprisingly large amount of energy.”

“Relative to the local standard of rest, our Sun and the Earth are moving at about 43,000 miles per hour (70,000 km/hr) roughly in the direction of the bright star Vega in the constellation of Lyra….”

Fraknoi. A. (2007). How Fast Are You Moving When You Are Sitting Still? Astronomical Society of the Pacific. Retrieved April 16, 2015 from http://www.astrosociety.org/edu/publications/tnl/71/howfast.html

“We can only see a few thousand stars at most with our unaided eyes. These are a mixture of stars which are nearby, and bright stars which are further away; but they are only a tiny fraction of the 100,000,000,000 stars in our own galaxy.”

“At this rate it takes us 240 million years to make one revolution around the galactic core.”

The nearest large galaxy to the Milky Way is the Andromeda Galaxy. Sometimes astronomers call it M31, by its number in the famous Messier catalog of fuzzy celestial objects. The Andromeda … Galaxy lies about 2 1/2 million light years from Earth. The light we see from it tonight left it more than 2 million years ago, when our species was just beginning to establish its fragile foothold on planet Earth.