From 1985 through 1992, 118 people were treated at King/Drew for such injuries on those holidays and 38 of them died, Dr. Gary J. Ordog and his colleagues reported recently in the Journal of Trauma. A full 75% of the survivors suffered severe long-term disabilities, the doctors reported, including paraplegia, quadriplegia, seizures and chronic pain.
[…]
The mortality rate from such random shootings, about 32%, is much higher than the 2% to 6% normally associated with gunshot wounds, Ordog said. That is probably because 77% of the victims were hit in the head, which is especially vulnerable to gunshot wounds, he added.*

“ ‘It’s like I have to be cautious of my head. I have a shunt, it’s a tube that goes all the way down to my stomach and it drains fluids,’ he said as he traced the path through his body.”*

Amy Silberman (top of head)
12/31/1994 – New Orleans, LA
“[O]n New Year’s Eve 1994, Boston tourist Amy Silberman was killed by a falling bullet while watching fireworks on the Moonwalk along the Mississippi river. One moment she was listening to music and talking to friends in the massive holiday crowd, the next she was falling to the ground, a bullet lodged in the top of her head.”*

Richard Smeraldo (bill of cap)
7/4/2012 – Safety Harbor, FL
“The bullet traveled through the bill of Smeraldo’s cap, into the bridge of his nose, out his right nostril, through the upper portion of his bottom lip and exited though his lower chin.”*

Roof of House
1/1/2016 – Sacramento, CA
“ ‘We just heard the bullet go right through the ceiling,’ she said. In a panic, Jimenez jumped up only to find the bullet inches away from the couch where she and her three young children were sitting.’ “*

Download the Sickness Data in LibreOffice or Excel Format 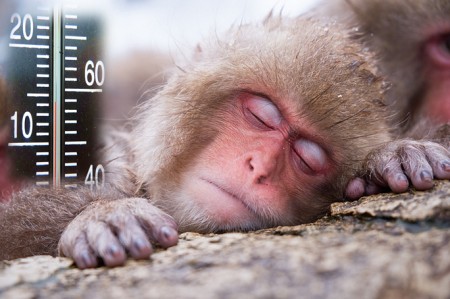 Recommending a specific range is difficult, Downey and Heller say, because what is comfortable for one person isn’t for another (explaining how Roy’s wife slept blissfully in the chilly 60-degree room). While a typical recommendation is to keep the room between 65 and 72 degrees Fahrenheit, Heller advises setting the temperature at a comfortable level, whatever that means to the sleeper.

Looking at the available research, most studies agree that a temperature between 60 and 67 degrees Fahrenheit is optimal for sleeping, with temperatures above 75 degrees and below 54 degrees disruptive to sleep.[][] Body temperature has also been linked to the amount of deep sleep an individual gets during the night, with cooler body temperatures leading to more deep sleep.[][] Sleeping in a hot environment has also been shown to increases wakefulness and decreases slow wave sleep. The addition of high humidity can intensify the effect of heat.[]

“Temperature regulation is a significant factor in each of the two types of insomnia. The difference is when the insomnia occurs. People with sleep onset insomnia have difficulty initiating sleep at the beginning of the night, taking two to four hours each night in the worst cases….”

“Studies of sleep onset insomniacs show that they consistently have a warmer core body temperature immediately before initiating sleep, when compared with normal healthy adults. This results in a state of heightened arousal that prevents them from falling asleep when they go to bed, probably because they have to wait for their bodies to lose the heat that’s keeping them awake. We’re only talking about a half to one degree but that small temperature change can result in significant differences in arousal between insomniacs and people without sleeping problems,” Dr Van den Heuvel says.

Studies have found that in general, the optimal temperature for sleep is quite cool, around 60 to 68 degrees Fahrenheit. For some, temperatures that fall too far below or above this range can lead to restlessness.

Extreme temperatures at either end of the range can affect sleep. A hot room (more than 24° C [75.2° F]) can cause restless body movements during sleep, more nighttime awakenings, and less dream type sleep. A cold room (less than 12° C [53.6° F]) can make it difficult to get to sleep and can cause more unpleasant and emotional dreams. We recommend room temperature to help promote sleep for most people is, therefore, around 18° C [64° F].

Research shows that the ideal temperature range for sleeping varies widely among individuals, so much so that there is no prescribed best room temperature to produce optimal sleep patterns. People simply sleep best at the temperature that feels most comfortable. That said, extreme temperatures in sleeping environments tend to disrupt sleep. REM sleep is commonly more sensitive to temperature-related disruption. For example, in very cold temperatures, we may be deprived entirely of REM sleep.

Percentage of McDonald’s Fries that is Potato/Fat

Evidence that Fat and Oil are Roughly Equivalent

A talk by Sidney M. Wolfe

Taylor tells the Health Blog that he doesn’t question the notion that salt consumption is linked to cardiovascular risk. But he says giving individuals dietary advice alone isn’t likely to cut it as a means of permanently lowering their salt intake, and therefore isn’t likely to have a long-term impact on health outcomes. “What’s not working is the advice,” he says.

On the other hand, many studies comparing how much salt people consume with their incidence of cardiovascular disease have come up with clearer links. A 2009 meta-analysis3 of 13 such studies, incorporating 177,000 patients, found that a high-salt diet increased the risk of stroke by 23%.